' I LOVE this experience in chitwan for though short period! ' 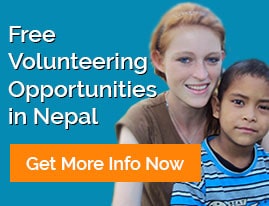 Thank you for your email. Overall I could not praise the service of RCDP international enough. I was a little hesitant about arranging the trip over the internet especially when I read that many bogus companies operate out of Nepal! However Preetanjali was excellent at answering all of my many questions before I went and I felt I got one on one service, and that he cared about each individual on the projects.

On arriving in China I was met by David in Xian, who was by far the kindest, most hardworking, thoughtful person that i met in China. He really excelled at his job, and genuinely cared for each volunteer and the experience that they had. i can not praise him enough. His English was also perfect.

However there were a few disappointing things in the project itself, which were beyond the control of your organisation. As you know I worked on the panda project. However the first problem was that we had been told that there would be time to learn about pandas, however the only person who spoke enough English to answer complex questions had been sent to a horticultural expo in the city and so had the majority of the pandas! Leaving only 5 pandas to be looked after by 8 volunteers. There were other animals within the sanctuary, but when we asked we were not allowed to work with them. The sanctuary was also being rebuilt somewhere else and the sanctuary was currently being left to grow wild. For all of us volunteers from the western world we found it very difficult to see the conditions that the other animals were kept it. In Australia this would not of been called a 'sanctuary' but a neglected zoo. For example the peacocks were kept in cages whereas they would wander free in the western world, the eagles shared a cage between five of them that was barely big enough for them to fly a meter. The leopard had an enclosure that did not have space to run in, and the monkeys were in barren cages when right outside them there was a great deal of climbable trees. We rarely saw keepers for the other animals, and were all quite distressed by the conditions that they were living in.

The food on the project was excellent, as each day we ate in the same restaurant, where the owner was kind and friendly. i was also amazed to find that being a vegetarian was not a problem. i actually stayed in a house belonging to the owner, and was told that usually i would be staying in a hotel, but it had been knocked down. This was the other issue, that the whole town was being knocked down and therefore it was like living in a building site! I did not really mind this myself as I had wanted to see how Chinese people lived, and this showed me, but it did mean that there was very little to see in your time off.

The project was also a little too structured, when considered how little work there was. At 8am you had to clean for an hour, then you were free until 10am, when you feed for 15 minutes, lunch at 12pm, then cleaning at 2pm for an hour and, then feeding usually for 15 minutes at 4pm, and dinner at 5pm. The guide to the project stated that in the spare time we could ask questions about the pandas, and look at the other animals. i spent quite a lot of time with the other animals, but found it quite distressing, and as previously stated there was nobody to ask questions to. So whilst the structure would of been fine if there had been more pandas it did not work well with the lack of work and experts to speak with.

I'd also like to suggest that you update your information sheet about the project as the one that I was given was clearly copied from another organisation which meant that one or two facts on it were wrong, such as it stated I would be staying in the hostel within the sanctuary, which was not true.

Overall i had a great time in China, but would really like you to understand how the panda project appears to Western eyes before you send anybody else there.